Hello everybody, Shaun Meyers (Kyo Akiara) here to bring you my latest review for The Journeyman Project: Pegasus Prime. This game is actually a remake of the first Journeyman Project with many new improvements such as full FMV cutscenes, improved visuals and improved audio. I’ve never played the original Journeyman Project game before so this review will be based on this game itself and not a comparison between the two games. This game was originally only released for Mac computers but the gog.com version that we’re reviewing is compatible with both PC and Mac computers. The game was originally going to be ported to the Sega Saturn and Sony Playstation consoles but these versions were never released making the original Mac discs very rare until its ultimate digital re-release on gog.com.

The Journeyman Project: Pegasus Prime follows the story of TSA agent Gage Blackwood as he is charged with fixing falsities in space time that have altered the course of history. Gage (also known as Agent 5 in the game) is on duty when a sudden distress signal is sent out where there’s been a change in the flow of history and its up to Gage to find each of the errors in history and repair them. The game’s story isn’t very long and only takes you to 4 era’s in time but its an enjoyable journey nonetheless.

The game takes place in the far future when humans have finally made first contact with an alien species. During this time frame humans have become a unified force and aliens have chosen to offer them a galactic alliance with other space faring societies. When time has been altered three major events in the course of history leading up to this point are changed and Gage will have to travel backwards in time to these points and prevent the negative outcome from happening.

The game is played from a first person perspective and is considered to be an interactive movie with its presentation. You guide Gage around the world using the arrow keys, and use the mouse to interact with objects in the game world. There’s a wide variety of different objects to interact with, some more important than others and all of them are uniquely designed for the futuristic world you’re exploring. There are teleporters, video phones, holograms and many different and unique gadgets to interact with making for an intriguing and fun world to explore. There will often be objects that you’ll need to proceed with your mission, these items are stored in your inventory and can be clicked and dragged to the appropriate object to be used in the game world. There will be various objectives that you’ll need to complete during each area in your mission and there will often be puzzles that you’ll need to solve as well. Puzzles vary based on the world your in and one of your first is rerouting robots that are guarding your passage through a door to continue your mission. This is a simple puzzle but they get tougher as you progress. When you die you’re given a screen showing how you died and some information on how far you progressed. There are many different ways to die in the game and finding them all is all part of the fun. One of the downsides to the game is there’s no widescreen support so much of your time is spent playing the game in a fairly small window in the UI, which is unfortunate but not a deal breaker for me.

Overall, The Journeyman Project: Pegasus Prime is an enjoyable adventure game in a time travel setting. While it may not appeal to some people out there, the game has been fun and fairly tough at times as well. I give The Journeyman Project: Pegasus Prime an 8 out of 10. If you’re a fan of old school adventure games with FMV sequences like myself give this one a shot, its quite fun. 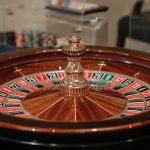 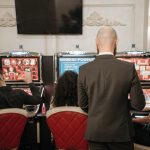 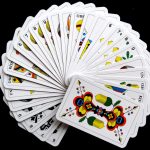